Kolonien is a four-member family band from Sweden that has been one of the leading voices of the Swedish folk revival for over a decade. With a sound that blends acoustic roots music with anthemic, sing-along pop, Kolonien has a fresh, appealing sound that brings multiple musical worlds together.

Kolonien's lush vocal harmonies are reminiscent of Fleet Foxes, their Nordic folk-pop sound might remind some listeners of Of Monsters and Men, and their hipsters with strings vibe makes them Sweden's answer to Mumford & Sons. At the same time, Kolonien's music and inspirations are deeply rooted in the Swedish folk tradition as well as the natural environment and progressive philosophies of the alternative-lifestyle community where they were raised.

Kolonien is made up of brothers Erik and Arvid Rask, their cousin Anna Möller and their childhood neighbor, and “brother from another mother,” Mischa Grind. The members of the band were raised in and around Järna, a community south of Stockholm that is known as a back-to-the-land destination for hippies, progressives and people seeking an alternative lifestyle. While they had been making music together since childhood, the band formally came together during a music festival in Tanzania in 2010. Since then, they have toured extensively across the world and released a number of well-received albums and EPs.

After more than 500 concerts in 14 countries around the world they got a Showcase at Folk Alliance International Jan 2018 and took on the North American market, now with annual touring in US and Canada and successful Showcases at Mundial Montreal, Folk Ontario, Nordic Folk Alliance and more. 2020 they celebrated ten years as a band and signed a record deal with US based label Cumbancha for the release of their third full length album “Till Skogen” (April 22, 2022) 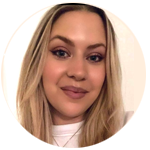