Åsa Jinder Is one of Sweden’s most beloved and acclaimed artists. Very few touring artists today have Åsa Jinders routine. Her musicality, stage presence and how beloved she is by her audience has made it possible for her to celebrate 40 years as a national folk musician.

She has received a medal from the King of Sweden, been a part of the Swedish ”summer talk” series on radio, played at the Nobel Prize ceremony and won Eurovision Song Contest. She has played internationally in a many different countries, performed her beloved song and melodies in grand concert halls as well as in more humble churches and communities.

Åsa has a completely unique charisma on stage, and with her disarming personality and wide range of musicality she captures the audience with a great sense of humour as well as seriousness.

””Her artistry is indisputable, as an artist, songwriter and author”” – ÖP

””Åsa Jinder is a musician with a capitol M. She has been awarded many times and is a master of the Swedish keyed fiddle. She´s had a successful career for about 4 decades now, so claiming she is an institution would be an understatement”..” – Skånska Dagbladet 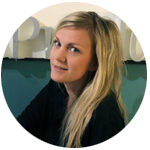